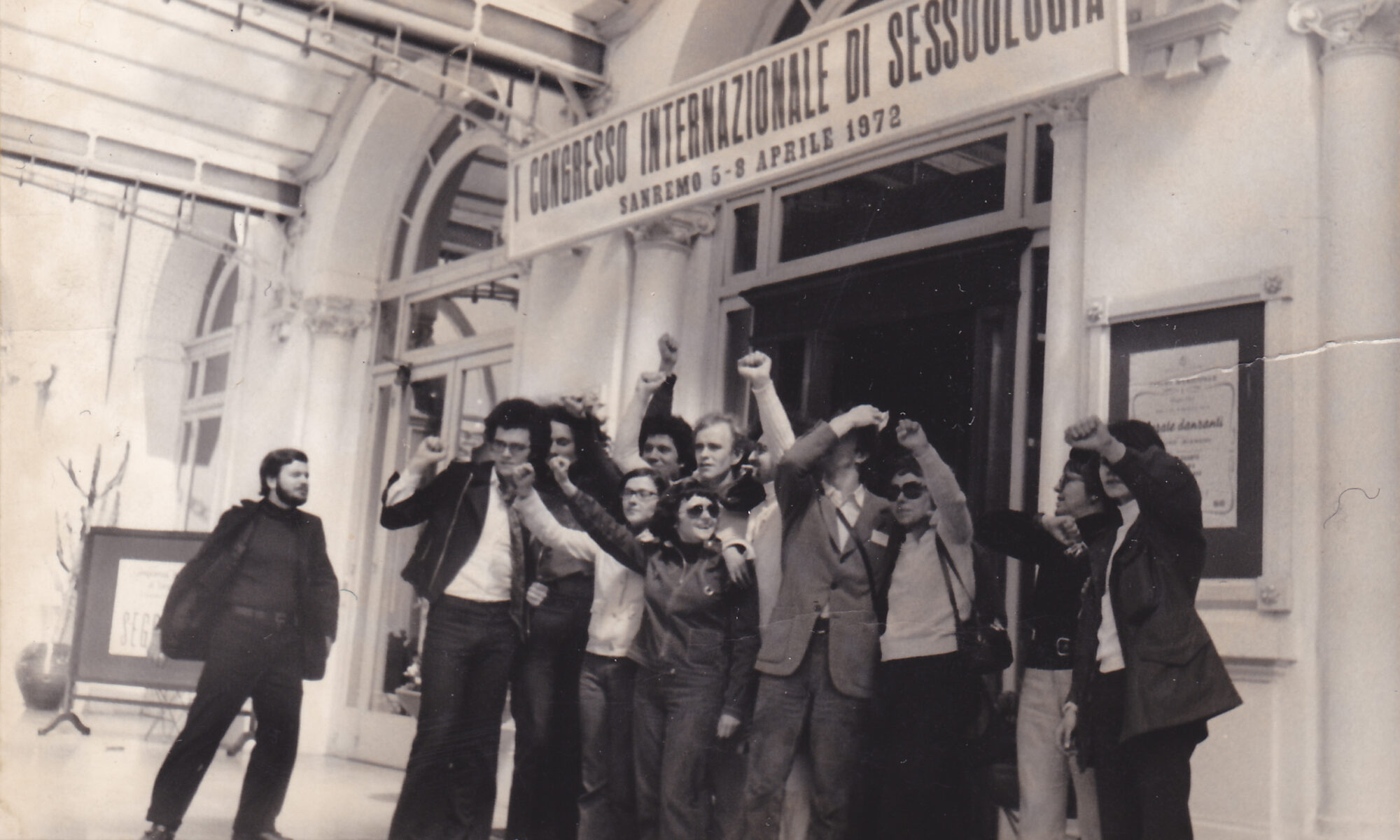 The first section of the exhibition will also be the ideal and geographical fulcrum of the entire exhibition; from here, in fact, all the narrative paths will begin. It will describe the Sanremo demonstration (April 5, 1972), which represents the first public demonstration of homosexuals in Italy with significant media prominence, born to protest on the occasion of the “International Congress on Sexual Deviances” organized by the Italian Center of Sexology.

It was the first public demonstration in Italy for the defense of the dignity and rights of homosexual persons, or, as they said then, against oppression and for the liberation of the revolutionary homosexual. It was, as several observers have called it, the Italian Stonewall.

The demonstration was attended by about forty people belonging to the participating homosexual associations: the Front homosexuel d’action révolutionnaire (FHAR) French, the Belgian Movement Homosexuel d’Action Révolutionnaire (MHAR), the British Gay Liberation Front, the Internationale Homosexuelle Révolutionnaire (IHR), and the newly formed Fuori! Italian, who was at his first public activity..

The exhibition room will not only tell what happened, but will allow visitors to live that day, April 5, 1972, together with the first activists of the Italian LGBTI+ movement. Each visitor will thus be given the opportunity to feel like an “LGBTI+ activist”, starting a journey through the narratives of the past and present that make the history of the Italian LGBTI+ Movement.