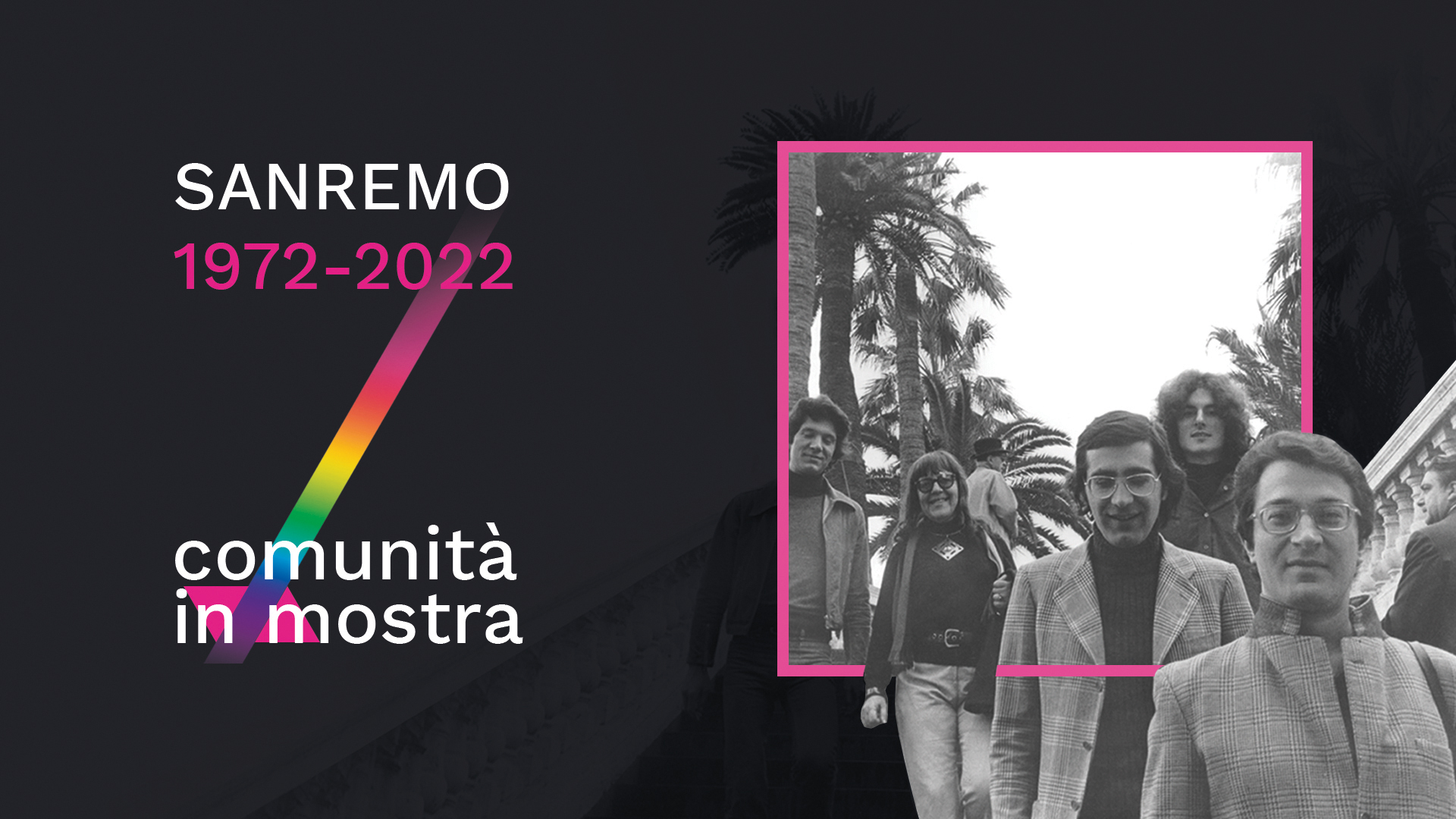 A founding episode of Italian LGBTI+ history took place in Liguria, in Sanremo.
Homosexual activism and history are no longer “something” far away, hidden or in the big abroad cities, rather are something happened and still alive in our territory, in a place among other things very well known in Italian popular culture and “close” to all of us.

The people who went to Sanremo on April 5th, 1972 took up a clear position and realized the first public and evident manifestation of LGBTI+ people in Italy, strongly affirming that homosexuals would speak for themselves from that moment.

This geographical and ideal proximity makes us feel no longer strangers or distant from this historical event, but fully part of a movement and a community.

The activists of yesterday and today still have a lot to tell in terms of perseverance, preparation and organization.

We have the opportunity, by comparing the past with the present, to understand the changes in our society and to see clearly the gaps to be filled.

We therefore want to create an encounter with the history of the LGBTI+ movement and with the stories of the LGBTI+ people, a fundamental step to build the individual awareness of each activist, to encourage us to take part in the demands of our community and also in those of the society as a whole.

The LGBTI+ history, still too silenced, will serve to understand even more deeply the discomfort, dangers and adversities that LGBTI+ people are experiencing in Italy, in Europe and in the world, even now.

The comparison between present and past will also point out how fundamental it is to rapidly win these battles, because we are talking about lives, people and affectivity: many people have waited too long to see their rights recognized.

The experience of the exhibition and events that Arcigay is organizing for Sanremo 2022 is an opportunity to retrace a road and to feel a strong belonging to a movement that involves us, but also that is bigger than us. It started before us and it is made up of places and places near and far (think of Stonewall, Sanremo and Giarre to name a few),  and of many people who have lived and have spent themselves in different moments and times.

Despite the temporal distances, we live the same struggles, the same demands and the same attention to bodies, self-determination, public visibility, non-judgment, family recognition.

The exposition we are going to create wants to offer an opportunity to recognize ourselves in those stories, building a feeling of belonging to something bigger, to generate new energy and therefore project all of us, together, towards the future and its challenges.